Will the Global Economy Tip into Recession?

Most of the world’s economies are in or near recession, thanks to slowing growth, war in Ukraine, a lingering pandemic, high inflation and rising interest rates. One potential bright spot? Recessions historically haven’t lasted very long — about 10 months on average.

There’s a new reality taking shape in global markets. Commentators have in the last few months mostly focused on a rotation from growth to value, but I think that view is too simplistic. I see many shifts happening simultaneously that could likely define the next decade in markets around the world. Many investors are expecting a return to normal after inflation subsides and central banks stop raising rates. But I believe the world is undergoing significant changes and that investors will need to reset their expectations about how a typical investing environment will look. Here are five seismic shifts happening in economies and markets right now, as well as the long-term investment implications of each:

1. From Falling Rates to Rising Rates and Higher Inflation

The market is grappling with a macro environment it hasn’t seen in a long time. Inflation is its highest since the early 1980s. And until recently we've had 40 years of declining interest rates. That’s longer than most investment managers’ careers, if not lifetimes. That’s part of the reason we see a ﻿market struggling to adjust to this new reality.

Is this the End of a 40-year Disinflation Cycle? 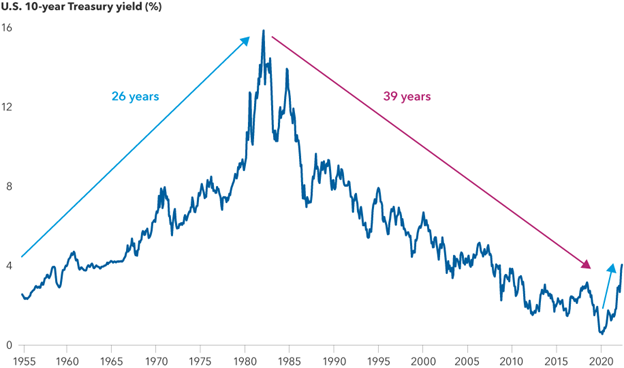 It’s easy to assume these are market dislocations that will quickly reverse — bond markets are currently pricing a return to 2% inflation within two years, for example. But these cycles often last much longer than people anticipate, and there is reason to believe higher inflation is structural and likely to persist.

In this new environment I’m especially cautious of highly levered companies, or those raising new debt. Money isn’t “free” anymore, so a larger slice of earnings will go to service debt. Companies with the ability to fund their own growth as well as those with strong pricing power and dependable cash flows will remain attractive in a high-inflation, higher-cost-of-capital world.

2. From Narrow to Broader Market Leadership

I think we're going to be in a much less narrowly concentrated market going forward. The last decade was dominated by a handful of tech stocks that you basically had to own to keep up with the market. I don't think that's going to be the case anymore.

I expect opportunities to arise from a variety of companies, industries and geographies. Well-managed companies beyond the tech sector may have their chance to shine again.

For example, e-commerce companies have gone from being the disruptors to being challenged themselves. They’re often very low margin and expensive to scale with difficult delivery logistics to manage. Very few have done it well. Some traditional retailers that have combined the benefits of brick-and-mortar stores with a compelling online shopping experience are starting to take share from pure e-commerce companies. 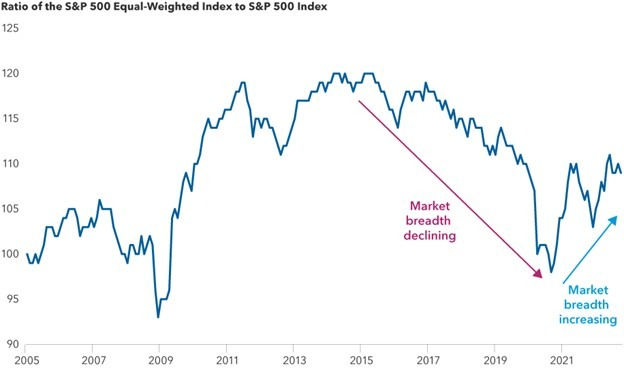 After the market’s dive in 2020, I expected leadership to broaden, and it has done so. In my view, this is a healthy development and supports why I have been trying to de-concentrate my own portfolios. In theory, it should be a positive backdrop for stock pickers over indexers.

3. From Digital to Physical Assets

The last bull market was dominated by tech companies that made their fortunes on digital assets, such as online marketplaces, streaming platforms, search engines and social media. This overshadowed the fact that you can’t build a new economy without older industries. Not that digital-first companies are going away, but I think investors will start to place greater emphasis on commodities and producers of physical assets. 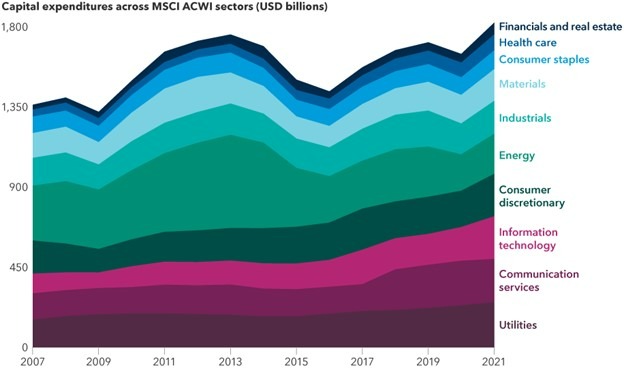 Some might assume that trends like the shift to renewable energy will squeeze out incumbents in traditional sectors like industrials, materials or energy. On the contrary, there may be winners among businesses that are helping other companies be more energy efficient — whether that's smart buildings, power management or HVAC systems that reduce gas emissions. Other global trends such as grid modernization, reshoring and energy security may cause a boom in capital investment across industries. These are areas where smartly managed industrial companies might have a real renaissance.

4. From Multiple Expansion to Earnings Growth

Many newer investors got comfortable with stocks being very expensive over the last five to 10 years and now assume stocks will return to those levels during the next bull market. When rates were near zero the market could support loftier multiples, but I think those days are over.

An exercise I’m trying to apply when evaluating my portfolio is to ask: “What if stocks don’t return to 25x earnings in 2027? What if they only trade at 15x earnings?” If I can make a stock work at that level, then I can probably limit my downside. Using that lens, I'm trying to find emerging and growth-oriented companies that are not valued as such. I like those that may also offer potential upside to the valuation, but where the investment thesis doesn’t depend on it.

If multiple expansion is limited in the next bull market, stock returns will have to be powered by earnings growth. That means markets aren’t likely to be as patient with unprofitable companies. Stocks whose business models depend on cheap money are going away. Companies that funded losses while trying to scale rapidly even where the economics didn’t work are going away. Markets once paid up heavily for future growth, but now with higher interest rates they are less willing to do so. The market is calling time on business models that don’t work when money is no longer free.

The globalization of supply chains is another multi-decade trend that is shifting. For a generation, companies moved manufacturing to foreign soil to cut costs and boost margins. But the limitations of placing efficiency over resilience are now clear. Rising geopolitical tension and pandemic-induced disruptions have led companies to consider bringing supply chains closer to home.

While bottlenecks caused by COVID shutdowns have improved, many companies are still being impacted. The auto industry is a prime example. Major automakers have tens of thousands of unfinished cars waiting for final parts, and that missing component is often as minor as an inexpensive semiconductor chip. Now companies are creating supply chain redundancies so that a single disruption doesn’t derail their entire operation.

Even as pandemic-related issues ease, I believe increased geopolitical conflicts are here to stay and will continue to fuel this change. The current environment reminds me of the 1970s, with tension between Russia and the West, more aggressive confrontations with China, the rise of authoritarian leaders around the world and less global cooperation. Since the fall of the Berlin Wall, we’ve had more than 30 generally peaceful and prosperous years. But there are more risks now, and this backdrop suggests lower valuations are warranted and “surprises” should feel less surprising. 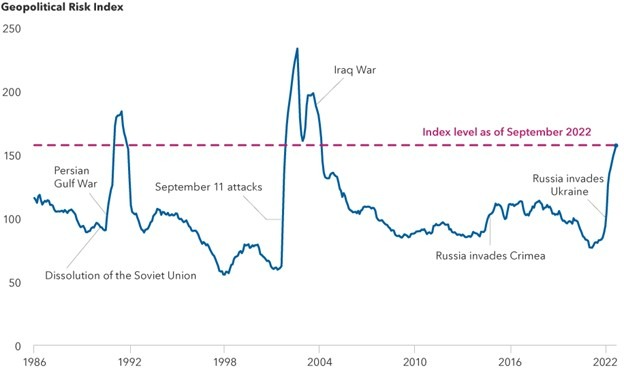 Consider Taiwan Semiconductor Manufacturing Company (TSMC), the world’s dominant manufacturer of cutting-edge semiconductors.  After having concentrated the bulk of its capacity in Taiwan — a focal point of geopolitical concerns — the company is building its first manufacturing hub in the United States. It’s also constructing a new plant in Japan. That regionalization should create a more efficient supply chain for some of its top U.S.-based clients, including automakers and technology companies like Apple, Qualcomm and Broadcom.

A Flexible Investment Approach can Help Weather the Storm

The combination of low rates and rising markets made the last 10 years feel like one long sunny day at the beach. While some rain showers have now driven beachgoers indoors, they’re still looking out the window waiting for the storm to pass. They don’t realize that there’s a new weather system upon us with more clouds, colder temperatures and much stronger winds. The world’s not ending, but it may be a wetter, cloudier and colder place — and life won’t be a day at the beach.

Flexible Funds can Pivot between Sectors as Market Conditions Shift 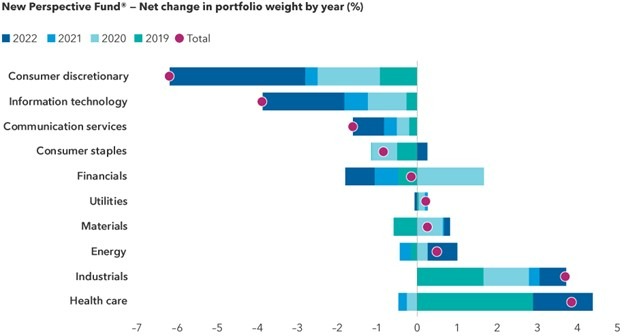 That may sound like a dark outlook, but I actually see this as a really exciting time to be an investor.